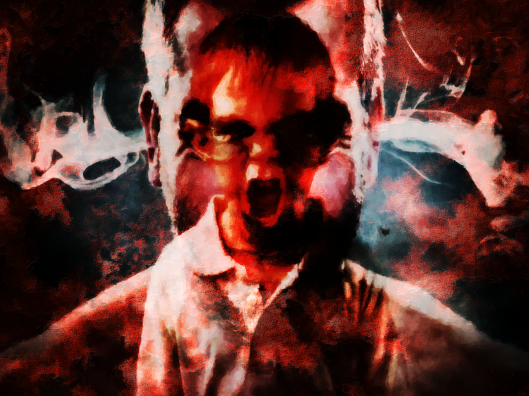 Me: to the neurotypicals in this thread – check your privilege and shut up and listen, goddammit!

Neurotypical PhD: If that is directed to myself … please provide ur PHD in psychiatrics

Me: yes it was directed at you, because you are being an idiot. you don’t listen, you think you know best when it comes to autistics – even those who actually live autistic reality. comes directly from your neurotypical privilege and it is ignorant, abusive and offensive.

Neurotypical PhD: I don’t know what’s best for Autistics. .. my children are not autistic.. myself is not either. Not once did I claim to know that I knew Autistics. .. what I do know is mothering given my experience of being a mother of 5… I also know there isn’t much support in Ontario for Parents of Autistic children as I have MANY friends who’s children are autistic . And that concerns me ….. as I feel they deserve support and life skill on how to deal with their children and not just prescriptions. (my emphasis)

this is where i really lost it – how to deal with their children – as if autistic children are some sort of psychological baggage or walking situational crisis… or juvenile delinquent that needs ‘dealing with’… it is sickening, and the worst part of it that she doesn’t realize what she is saying to us – the autistics in the thread – or that it comes from inside her neurotypical privilege. she is clueless. she is trying, but she is clueless.

Me: yes, you know people with autistic children. but you are not listening to [OP] – how about neurotypicals reach out to US, the autistic adults and ask us how to raise autistic children? but you dont, you complain, whine and go on about how hard it is, but not even when the solution is right in front of you do you avail yourself. why? because of neurotypical privilege. you are stuck in ‘autistics-are-lesser-people’ mode and are incapable of understanding that we – the autistics – are the real experts, not the government, not the neurotypical psychiatrists, doctors, nurses, not even the parents. have you [Neurotypical PhD], reached out to even one autistic run organization and asked for information about what is available to neurotypical parents in terms of learning about and acquiring skills to raise their children without abusing them?

Neurotypical PhD: 1st I don’t complain or whine … I man up and deal with shit.. so clumping folks is not correct .
Yes I have reached out for friends to organizations that specialize in Autistics …. Autism Ontario and Geneva center …. and autism does not directly effect me but I care enough too

oh. she cares. but apparently not enough shut up and check her frigging privilege, language and prejudices. it is like what someone said earlier in the thread “The worst part is you’ll leave this thread thinking you were in the right the whole time, when you could have learned something.” nope she will not have learned anything. she will enter the next discussion just as clueless and arrogant and sure that she knows better than autistics.

Me: ‘you’ in the first part of my post was a ‘general you’ – and yes, clumping is correct, because there are 90 of ‘you’ and 10 of ‘us’ in any given demographic at any given time.

the number of neurotypical parents that actually are aware of how their autistic children function and how to handle situations when they arise, are from what i have gathered from various groups and pages i am in and on, are just about 5 in 90.

it is common sense that you do not drag your child across the floor or the pavement – if this had been a neurotypical child, child services would have been called pronto – if not the police. but that did not happen. yeah, she was yelled at on the internet. got her picture in the paper. that was it.

1. she could have just sat down with him – no autistic child has melt-downs for no reason, so find out what triggers them and find ways to minimize the risk of exposure to triggers.
2. she could have just held him – if i can hold my 200lb wife when she is in a melt-down so she wont hurt herself and until she calms down, then a parent can hold a 4-year old.
3. she could have called for help.

parenting is common sense. there is no need to abuse a child, and no excuse to do it either.

(i am of the opinion that as soon as a child is diagnosed with ASD it should be removed from their neurotypical parents and fostered/adopted by autistic parents. but that i cannot say that i think – because that would be horrible to the neurotypical parents…) 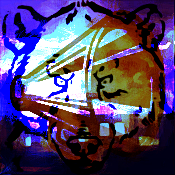 During last Wednesday’s meeting, one subcommittee member, who I believe is the parent of an Autistic child, and an Autistic self-advocate expressed disagreement over the terms. Feedback from one of our members suggested changing “ASD individual” in our report to “individual with ASD.” The Autistic self-advocate sitting beside me, who also has an Autistic brother, voiced her objection to use of the term. “I disagree,” she said as the suggestion was read aloud. “I’m not a person with autism; I am Autistic.”

Immediately, a mother sitting next to her responded, “I come from a time where that word, ‘autistic,’ had — still has — a negative meaning. It’s offensive. When someone refers to my son as ‘the autistic,’ I cringe at that word; I get ready to defend him.”

no, mommy, you do not get to define your son. cringe away and get used to referring to your son as autistic. check your privilege and your gimp phobia. you refuse to identify your son as autistic for the same reason a homophobic father refuses to talk about his gay son.

But why are we self-advocates so opposed to this terminology? Aren’t we all about de-emphasizing and correcting inaccurate, misleading, and harmful stereotypes and attitudes? Right? From that other perspective, you would think we would support the use of person-first language, because we want to be seen as people with equal rights, value, and worth to non-Autistic people. But we don’t. Because when people say “person with autism,” it does have an attitudinal nuance. It suggests that the person can be separated from autism, which simply isn’t true. It is impossible to separate a person from autism, just as it is impossible to separate a person from the color of his or her skin. (my emphasis)

person-first-language implies a need to separate the individual from their autism, as if autism were some sort of shameful disease. newsflash – it is not. it is a neurological variation.

it is interesting that ‘person-first-language’ is mostly used by neurotypicals, don’t you think?  it is a great example of how neurotypicals dominate the autistic narrative and use their privilege to deny and demean us through the way they speak about us. their insistence on using person-first-language is offensive and abusive and it is a way by which they assert their perceived right to define us. 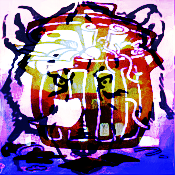 do you remember this post? well i posted a bit from it to Facebook, and tagged a few of my neurodifferent friends. the post took off and got a few shares, a few likes and everything seemed to be going very nicely.

until a neurotypical individual came in and decided to “share their point of view” with the rest of us. it went the usual way when neurotypicals weigh in on matters of neurodifference – to sheol in a hand-basket:

Neurotypical:
Well, there are some of us, “neurotypical” (even I’m not pretty sure of filling all the description for it) that want to care about and deal with autism. In the small school where I work, we have 3 students with Asperger and 2 with autism (that’s the reason I follow B’s page) and what we do is learning and teaching the other kids to handle meltdowns, to understand the reasons of their behavior and how to help them to feel part of the society. We work a lot with all the students with their emotional education and we have had good results because the five of them feel accepted and now are pretty much as B, able to do wonderful things for the others.

Ok, the way they used quote marks around neurotypical told my right away that they were being defensive about the label, i.e not acknowledging it as a valid designation for people who are not neurodifferent. then there is the little matter of being totally OT (remember the original post was about how autists are being portrayed on television and in movies). then they go pretty self-promotive on the lot of us, and as icing on the cake, they throw in some gratuitous praise for one of my friends (whom i feel is rather shallow, into camouflaging and has a an attitude of defending neurotypical people when they are being offensive or stupid in relation to neurodifference). all that pissed me off and i wanted to rip this piece of horse-manure a new asshole. my wife advised me to not do that. i complied:

Henric C. Jensen Âû:
how is this even remotely related to the portrayal of autists on television and in movies?
i am sorry, but your post, comes across, to me, like “I know all about dealing with black people, I have black friends”, and i feel very much like i am being gimp-splained to. again. this post is about how autistic people are being portrayed by neurotypical people on neurotypical television and in neurotypical movies.
i realize that you are trying your very best to be an ally in sharing this with me and those i have tagged in the OP, however, your neuronormal/neurotypical privilege is showing. maybe you could review your post and see how that might be?

so far everything is still sort of good.
but then the neurotypical asshole comes in and says:

To fit your expectations? No. I’m expressing my point of view, if you feel it’s against the policies and objectives of the page, I ask B and administrators of the page to delete it. If you feel threatened I apologize.

what?? did they just demand that i accept their definition of the OP? did they actually claim it as their right to abuse me on my own wall? did this piece of excrement just claim that they have the right to be offensive in their treatment of me and my tagged friends, because one of the tagged people runs another page dealing with autism?

yup that was what they did.

at that point my wife released me from my restraints and i responded:

Henric C. Jensen Âû
this is is MY wall, not Bryan’s page – I am the administrator here – you are in my house and YOU ARE BEING RUDE.

my wife decided to respond to this and when she went to copy the comments they were gone. yes, the piece of shit decided to delete their comment, to which i had responded in a sub-thread. lucky for me i had copied and saved it to Edit-pad, and because the discussion was open in another tab, i also had a screen-shot.

i hate neurotypicals – yes, as a general rule i do. they are condescending, overbearing, ignorant, stupid, lack empathy, self-centered, selfish and crude. if i run in to someone who is not like this, i assume they are neurodifferent.

neurotypicals cannot deal with autistic people demanding our right to live our lives on our own terms, without neurotypical intervention or intrusion. they cannot wrap their minds around the idea that we are whole individuals, that we are not broken and that apart from them checking their privilege, we do not need them.